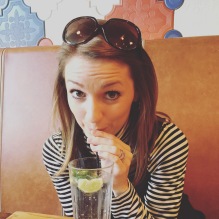 Alright friends. Time to dig in. Last week in the U.K. was a dream come true for me- such a great time. And as I listen to what our friends have spent on exotic beach vacations and fun family trips to Disney, I’m happy to say we spent probably half of what any of them spent to take in what I felt was both relaxing and intellectually stimulating. Don’t get me wrong- I like to turn my brain off as much as the next person. But when you spend your entire day teaching one person columnar addition and two other people not to put boogers on one another, it’s actually really nice to be reminded that your brain can still process and actually retain information, beyond the lyrics to the most annoying song the Wiggles ever wrote.

In thinking of how to frame this series of posts, I decided to mirror the way we went about planning the trip. Basically we decided where we wanted to go (the U.K., obviously), then we decided how much we wanted to spend, then we made a wish list of all the places we wanted to see. Once we made that wish list, we first separated them by location (so we could see which locations we could group together from a transportation standpoint) and then by cost. Based on this, we came up with a list of FREE attractions, budget attractions, and big spender transactions. Today, I’ll talk about my favorite part, which is getting the most value out of our trip.

I absolutely LOVE saving money. The hubs and I are probably frugal to a fault. But we are of the mindset that you’ll never be wealthy if you’re paying things off, and we’d like to be able to pay for our kids to go to college and get married, and retire at a decent age without having to choose between one or the other. What helped make this trip enjoyable was the fact that not only did it meet both of our interests, but it also met our family budget. We didn’t worry about what we spent or how we’d pay credit cards off later because we didn’t have to charge anything. Of course, that also means that we made some choices that others wouldn’t have made…but that’s them, and this is us. So here it is- without further ado:

I just LOVE historical art. The fact that we could actually reach out and touch (theoretically touch. I mean, there were guards in the rooms and they did not look too kindly on all the touchy-feely tourists) the works of Rubens, Van Dyck, Monet, Titian, Renoir, and so many more, was just breathtaking. I felt like we got a little window into culture over the last millennium, and it was so incredibly eye-opening. If you have an issue with your own body image, I highly advise you to look at some classical art. Whatever your challenge- too heavy, too thin, too pale, frizzy hair, no hair, crooked teeth, wild eyebrows- it was all here, and it was all glamorized. I swear, whether these guys were painting truth or satire, they made some serious statements about the human condition and its relationship to the world around it. See here: no one is asking these two nursing mamas to cover up. Apparently that’s a more recent thing. 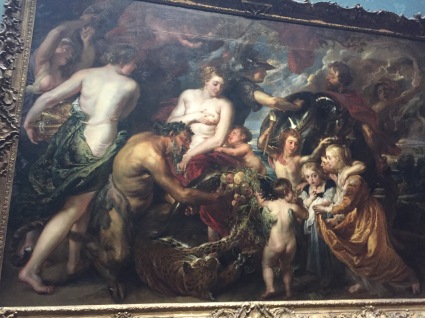 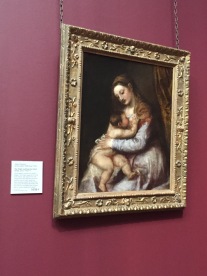 I’ll save you the trouble here… admission was free, but there was almost no photography allowed. These were the original artist renderings of the monarchy, beginning with Edward the Confessor and leading to today, with many other key contributors to British history worked in. The work of Hans Holbein (Tudor portrait painter) to John Singer Sargent were all right where we could touch them. But many exhibits were actually so sensitive to light that, even in a darkened room, they had to be encased in glass with a leather cover, which visitors could lift for a quick glimpse and then replace. It was fascinating. All I have to show for that trip was a picture of James Joyce, who was my favorite and worth sneaking a very quick shot (since I legitimately was afraid a sneaky shot of one of the legit monarchy photos would result in some level of damage or my arrest or both. I know, paranoid). And since a SWAT team didn’t jump down and arrest me, I feel like I did the right thing. The basic gist of this place is, every portrait in every history book you’ve ever seen is held safe and sound in this particular museum. Think of it as a yearbook of history’s rich and famous.

What was so remarkable about the British Museum was the sheer amount of artifacts from throughout the ancient and modern worlds. I could have spent a week looking at and reading every single plaque. I think my husband nearly spit out his drink when I told him I took over 300 photos inside. I honestly didn’t even realize I was doing it- we just saw so much. Here are a few things from the Greek period- mostly recovered from the Parthenon and surrounding areas. Of course I also had to include the Easter Island head and some Greek pottery, and the one exhibit we did pay to see- Metalpoint through the ages, with original art from DaVinci (on loan from Her Majesty the Queen, of course). 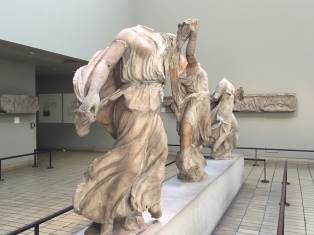 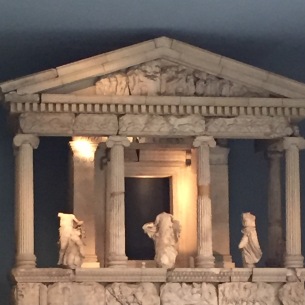 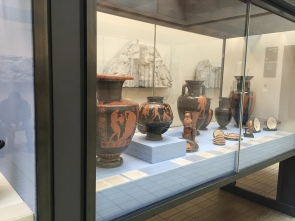 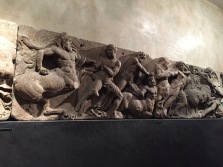 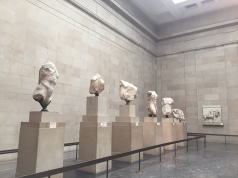 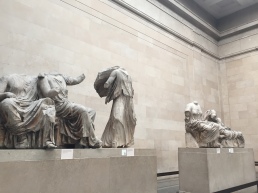 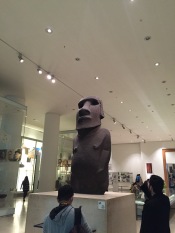 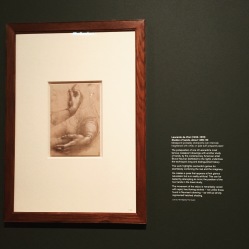 This was the real beauty of the trip. We literally just showed up at the train stations and picked our times, and connected via various underground (Tube) stations. It was awesome.

This was another fun part. There is so much history in the U.K. that you can literally just walk along the high street and observe historical sites, without actually having to go inside or explore more deeply. Little plaques surround everything you see, so it’s simple to walk right up, take in a bit of history, and continue on your way. Lovely.

Whew! Are you tired? I’m tired. This took a lot longer than I expected. And I used more than 2000 words, which I kind of hate, but kind of couldn’t avoid. I hope you enjoyed this little glimpse into our fun and excitement! More to come in the days ahead 🙂