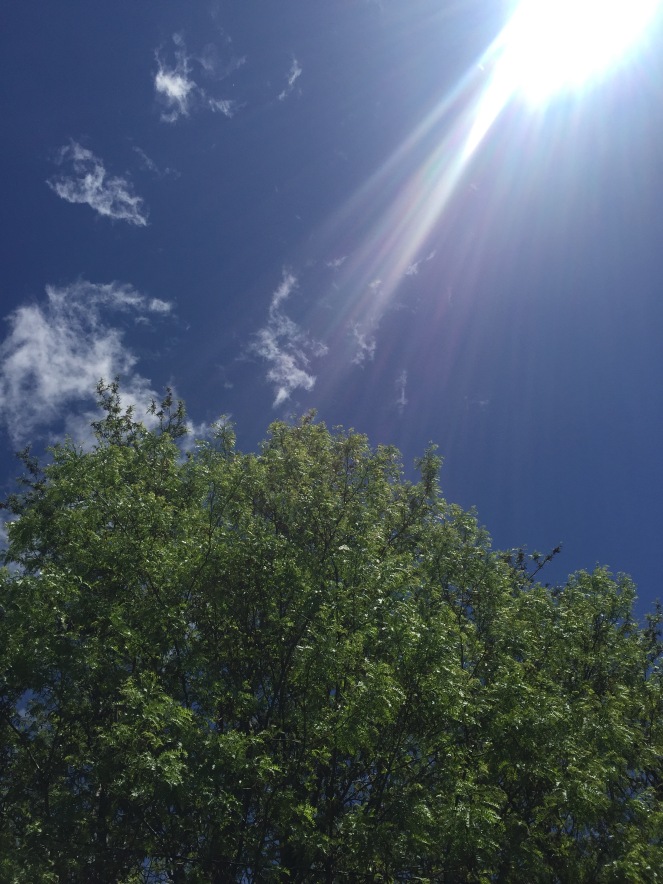 Today marks the second full year since I left my ladder-climbing career to be a stay at home mom. I celebrated with a bowl of peanut butter puff cereal, two loads of laundry, and a 30-minute session of YouTube yoga. Truthfully, if you’ve been following me for a while, you know that this has not been an easy transition for me. But I am happy to report that things have turned out better than expected. If you had told me two years ago that I’d move out west and get excited about yoga and actually put laundry away on the same day I washed it, I’d tell you to lay off the wild grass. But here we are, friends.

Did I ever tell you the story of how we made the move out west? It’s actually a great story, and if you’re feeling the urge to do something different in your own life, I so hope our story encourages you. Here goes:

A little over a year ago, I started writing a book. It was on my bucket list, and it was actually off to a great beginning. I’d actually written about 100 pages of it when I decided to put it away. I had to. It was beautiful and reflective and…dishonest. I was talking about the things our family was doing- cutting back on our consumption, letting go of commitments and activities that overcrowded our lives, and leaving more time for family and peace. The problem was that we weren’t doing those things. We let go of a lot of stuff, but we were in the process of buying a farm, with a house that was nearly twice as big as the one we had, and that would have increased my husband’s commute time. Not only that, but I was looking for the same activities we did before, and was trying to find ways for us to continue driving the distance to attend the same church and participate in the same circles, while starting a small business and going back to school. I wanted to change my life, but I just couldn’t let go of the things that I felt were a central part of who we were. I was so busy trying to be something that I wasn’t able to just be. 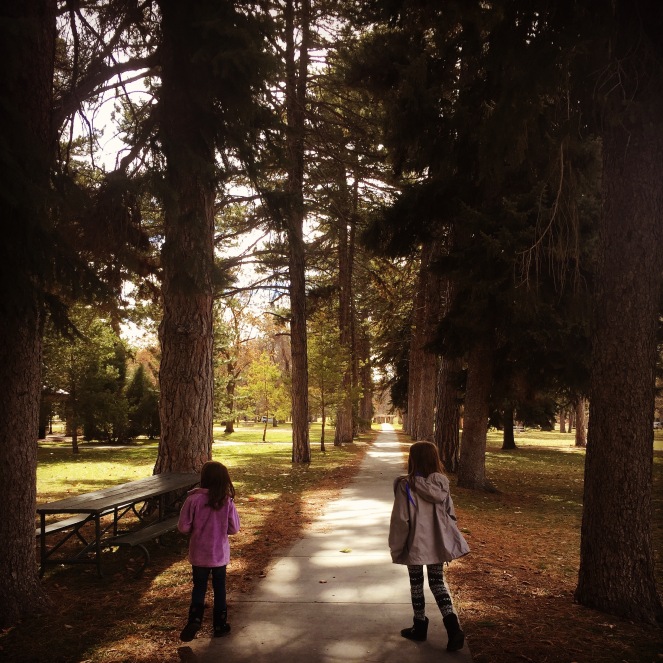 Then something crazy happened. My hubs got a call about a job out west. He had put in for this position on a whim, and mentioned it to me in passing. He’d also initially gotten a turndown on the job, but called ahead to find out why, and they flew him out to interview. I don’t think I ever really considered it a possibility, but three interviews later, he and I were flying to Salt Lake. In a matter of days we walked away from the farm and took steps that would significantly change our lives for the better. But I didn’t go so easily. It was all happening so fast, and I was still refusing to let go of the central tenets of my life- regardless of how unhappy I was. I worked out in my mind ways to stay in Atlanta with the kids and let my husband work temporarily out west (this is crazy and I do not recommend it to anyone). I told myself that I was finding success in our counter-cultural lifestyle, in spite of all evidence to the contrary. And I kept fighting it until, in a hotel room surrounded by snowy mountains, the hubs and I had what is the worst of the less than 10 fights we’ve had in the course of our relationship.

Here’s the deal. I’ll always be a southerner. I LOVE the South. If you come to my house, I’ll always offer you something to drink and something to eat and a place to hang your purse. I’ll call you sir or ma’am and I’ll hug your neck and bring you food and send you a thank you note. But I can’t identify with the catered birthday parties and the dozen bridesmaids and the smocked kids clothes and the photographer at every event. I don’t hate on it- if that’s you (and for probably 70% of you reading this, it is) know that I am totally for you doing you. I just can’t do it. True story- if my beautiful and talented cousin had not showed up to my wedding with a camera, we would probably have zero pictures from that day at all. It just doesn’t even occur to me. But when we were living in the south, I felt it. The pain of being different. I’m a super confident individual for the most part, and I have no problem being unapologetically myself, but it still hurts to realize I am the only person doing what I’m doing. We all have need for community, and I am no different in that regard. And in our community in the south, I was always going to be the one who did things differently. And no matter what happened, we were always going to be those people. Y’all, that is a bummer. 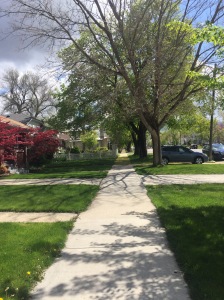 So we took the leap. We didn’t do it lightly- even though we did it fast. We researched places to live, made a list of our non-negotiables (like a small but functional house, short commute times, access to things we do, like parks, grocery stores, and a non-LDS church), revisited our budget, and made choices based on all those things. To make the move, we had to sell or give away half our things- at that time we’d sold our house and everything we owned was in storage. We let go of things I thought were sentimental, and truthfully a lot of it was hard, but once it was gone, I didn’t miss any of it. And once we got here to our little house, we had to let go of even more, and it got easier.

It wasn’t a perfect transition, but it’s been close. We found ourselves surrounded by amazing neighbors, lots of homeschoolers, and even a public school for our oldest who just couldn’t stand to have mom for a teacher. We have a church, a small planted church whose members all come with a story and are finding their way as a minority religious group in a challenging environment. It may not be perfect, but it is perfect for us.

So where am I going with this? Today, as I did my YouTube yoga and dreamed about one day being some amazing contortionist yogi, I got to reflect on the last two years. If we had stayed in Atlanta, even if we’d continued making the lifestyle choices we were making, I don’t believe we would have found what we’ve found here. There was something different waiting for us. Something that was a better fit. It was scary, and it was a big change. We had to let go of a lot. My husband left a job he was good at for a different job entirely. We left our family and our friends. We left a life that was comfortable. But we have found community. We have found peace. 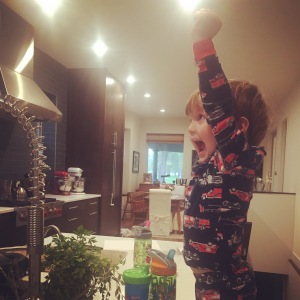 What about you? What are you looking for? Are you looking for something different in the same places? Are you afraid of taking a chance and trying something unfamiliar? Friends, there is much to be said for leaning into discomfort in favor of forging new paths. The world is scary and there is comfort in sticking to what we know. But we only have one life. Even if it’s a small step, like trying new foods or going to that meeting, or giving him your number or inviting her to a ball game, do the thing. Don’t wait. Find a way. When you stretch your beliefs beyond what’s comfortable, you may find the very thing you’ve been waiting for.

Here’s to what’s waiting on the other side.